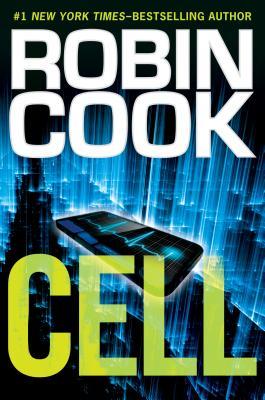 Today, we have mobile apps and software functioning in ways that might have seemed inconceivable a decade ago. There are apps to display real time weather predictions, recognize voice commands, and devices like pedometers which can be synced to your smartphones to check the calories spent and some other stats. (I am sure if I search online I can find more examples which are probably used in advanced research and scientific circles but here I just named some popular and mainstream ones..) So when Robin Cook shows us a possibility of a mobile app acting as your round-the-clock primary care physician, it doesn’t sound crazy at all.

Meet iDoc, an app that can do everything to make your smartphone look medicky-geeky-cool: Want to pull up your medical history? Check blood samples? DNA? No problem : Just place your saliva or blood sample on your phone’s touch screen, and voila: it provides treatment options. Similarly you can also get an ultrasound done, get an eye checkup with help of your smartphone in conjunction with another device such as retina scanner glasses and wireless transducer. And if you are a diabetic, you can administer and monitor insulin levels in your body with help of an implanted reservoir the size of a microchip in your body. If iDoc was a person, he or she would have been a pretty cool protagonist to tell this story. But as it happens with medical thrillers, we readers are taken through the story by doctors or medical interns, in this case George Wilson, a final year radiologist resident. Reeling with the grief of losing his fiancée a few weeks ago, George immerses himself into the daily grind of work.. MRIs and supervising junior residents. When he is invited by his ex-girlfriend to a conference by Amalgamated Healthcare, a medical insurance company, he is taken aback by the high profile gathering of company executives for the unveiling of IDoc. Further realization hits him when he recognizes the app as the same icon from his fiancée’s phone: his fiancée was a part of the iDoc beta testers group. When more deaths of people from the beta test occur at the hospital, George digs further to find the truth. Were the deaths just an unfortunate statistic or is the iDoc being hacked to undermine Amalgamated healthcare?

What works for this book is the author’s imagination to come up with iDoc. Because this is something quite relatable and should I say, a lot of fun to imagine the possibilities that can be explored if we had such an app installed in our phones. But with a software so .. well.. too good to be true and with affordable medicare plans to make it so accessible to everyone, can trouble be far behind? Cook throws in a lot of references to the United States healthcare and difficulties in pooling in so much money into that sector. I am not that aware of the policies and politics in this field, so I don’t know how “intelligent” the points raised are, but it was quite interesting to read. What didn’t work for me was George being so incredibly naïve and played for a fool the entire book. And it was even harder to take the whole “evil government agency framing/killing off citizens” plot seriously. Not because I am naïve to believe it doesn’t happen, but it is just that I felt the writing there lacked the sort of depth or conviction required to sell it. And there is this entire hacking and counter hacking business. George happens to have a neighbour who is laid off from work, plays poker for money and happens to be a decent enough techie and hacker to fix gadgets. And comes to George’s help in hacking into what is also a medical cum electrical device.. not your standard hacking assignment. But hey, guess he is just that good.

Something else that was a bit jarring is Cook bringing in character references that don’t really have any relevance to the story. Just did a bit of googling and turns out Cell is not the first Robin Cook book where George makes an appearance.  Sigh, no wonder I felt I was missing something when George occasionally brought up “Pia Grazdani” .. Apparently she was the protagonist in a couple of earlier Cook’s books with George playing her spurned love interest.

I didn’t find the ending satisfying, and you can see all the big revelations much before George puts two and two together … but it is quite a pacey book. Makes for a good airplane read.

You can buy the paperback at: Cell – Paperback